For anyone entering the world of PC gaming for the very first time, it can be a daunting experience. It also shouldn’t cost you an arm and a leg. Unlike choosing between Playstation or Nintendo, where your choices basically boil down to which system-exclusive games you want to play, PC gaming is a very different beast. Personalization is at its peak, with all kinds of different graphics cards, RAMs, and processors to think about. All of these choices will affect the games you play in terms of performance and graphics output depending on your setup. It’s also extremely important that you choose the right computer if you want to run Skyrim with all the mods available, or if your kids want to run “graphically intense” games like Minecraft and Roblox at super max settings.

Personally, I have always bought my prebuilt gaming PCs. My PC friends shame me for it, but that’s how I ride. Building your own PC or watching Henry Cavill build his can be a satisfying experience, but not everyone wants to. If you’re like me and just want something affordable, reliable, and out of the box, the PC list here are some great options for immediately diving into the PC gaming scene.

However, if you do decide to jump into building your own PC, there are some PC gaming cases included in this list to help you get started.

The first is the Shinobee SSD Ultra 8. This Shinobee model is equipped with an octa-core processor, 240 GB SSD + 1 TB of hard disk space and 16 GB of DDR3 memory. It also has an NVIDIA GeForce GTX 1050 which will really bring out those beautiful graphics in your games.

The Skytech Chronos mini gaming PC not only looks cool, but is also capable of running your favorite games at high to ultra settings, with 1440p QHD resolution and smooth 60+ FPS gameplay. This PC also has a 500 GB SSD which is up to 30 times faster than a traditional hard drive.

If you are looking for an entry-level gaming PC for your kids or for yourself, the iBUYPOWER Pro Gaming PC is a great place to start. This PC is equipped with an AMD Ryzen 5 3600 alongside the NVIDIA GeForce GT 730 GPU, which is a GPU for gamers who like less graphically demanding games (Roblox and Minecraft, I’m looking at you). You can also aadd your own additional storage via open M.2 or SATA ports. 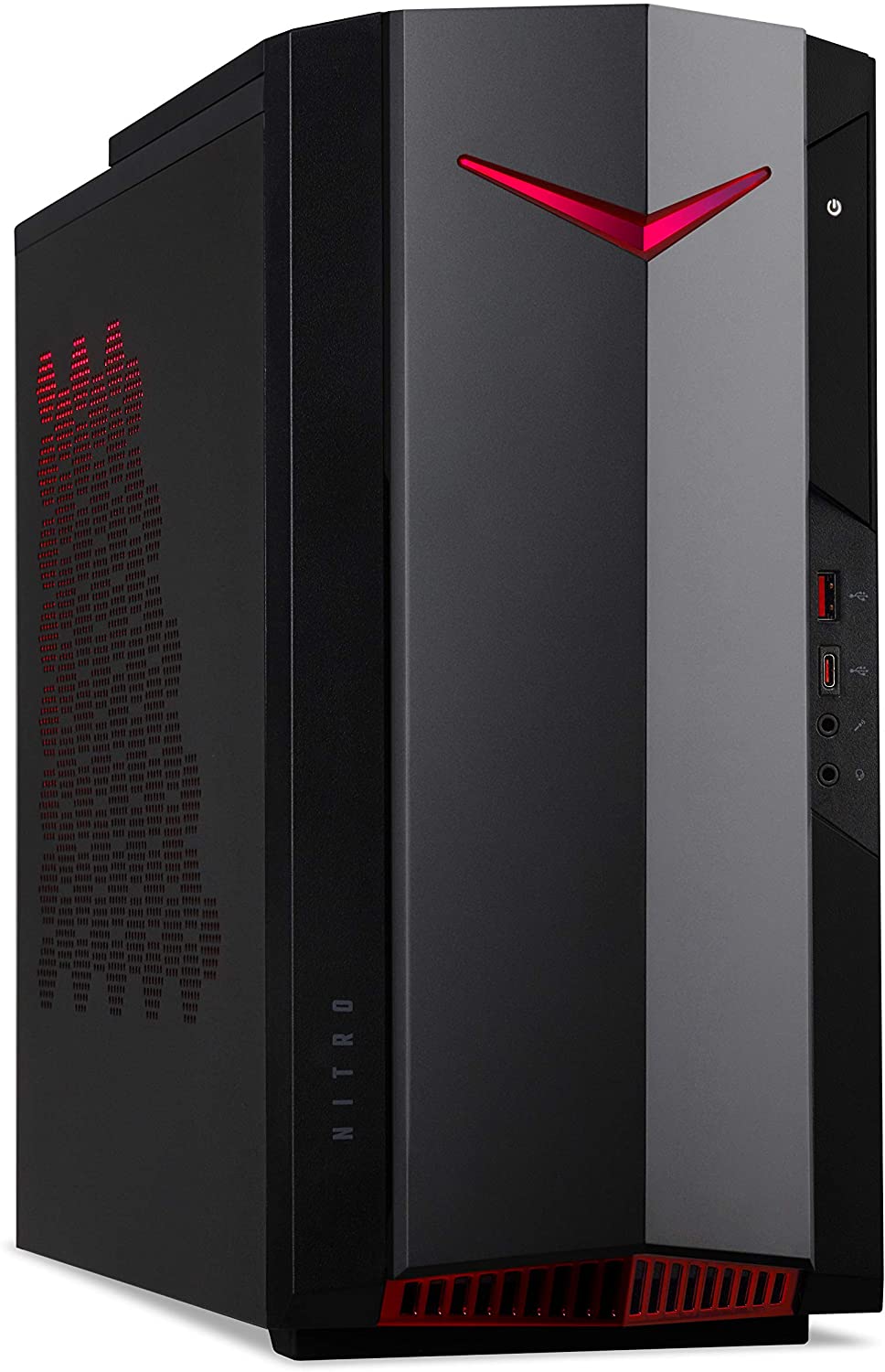 It might be the most expensive PC on the list, but in the computer world, it’s still a very affordable price for a solid gaming PC. I personally own this one so thought I would put it here. I haven’t had any issues and the new games are working extremely well. I upgraded my RAM by purchasing an additional 8 GB. Some owners claim to have put in more than 32GB of RAM, but it’s totally your choice.

For those of you who have decided to make your own, here are some PC gaming cases to get you started. How you build the rest is completely up to you.

This excellent ATX Mid-Tower Gaming computer case supports motherboards up to ATX, Micro-ATX and Mini-ITX. It also has supports for up to 2 x HDD and 3 x SSD. This PC case is delivered Equipped with 2 Galaxy dark translucent tempered glass 4mm thick, allowing you to show off what makes your precious new gaming desktop work.

The NZXT H510 Mid-Tower PC Case features a front I / O USB Type-C port and a tempered glass side panel with single screw installation. Other features include a patented cable routing kit with preinstalled channels and straps that will make wiring easy and intuitive. Seriously, cable management is still important. You don’t want to show off your new PC and have cables everywhere, that’s the ultimate sin.

The Corsair iCUE Mid-Tower combines sleek tempered glass, customizable RGB lighting, and innovative cable management in one well-packaged PC case. Each fan is equipped with eight individually addressable RGB LEDs for your own customizable lighting. You can also fPerfectly control and synchronize RGB lighting from up to 6 fans with included iCUE Lighting Node CORE and CORSAIR iCUE software.